Bark once for yes, twice for no

I volunteered at the local Obama campaign office for about two hours after work today. I told them I didn't want to canvass or make phone calls, but that I'd be happy to do any kind of grunt work that no one else wanted to do. After all, it's often the little mindless stuff that takes up more time than you ever expect, and I figured if I could do some of that, it would free up time for someone more competent to do something really important. I ended up using a paper cutter to divide up handouts printed three to a sheet and managed to get through 600 of them.

I got complimented on my cutting skills by a super cute organizer who was totally my type -- tall, skinny, dark haired -- and impressively multilingual, effortlessly carrying on recruitment chats in English and Spanish. "You're a good cutter," he said, to which I replied, "I've got skillz."

"No, really," he said, "Trust me, there are good cutters and there are bad cutters, and you are definitely a good cutter." Cutting for change! Woo!


Best of all, though, was a conversation I overheard. One of the organizers came out of a side office. "You handled that conversation really well," a chick doing data entry near me said. "She went from saying she wasn't going to vote for Obama to saying she would if God told her to. That's progress...sort of." It gets better, though, because the name on the voter list was the lady's DOG. The organizers discussed what to do with the unregistered canine voter, and then the original caller said, "So I'm going to mark 'does not support' on this record? I'm actually going to advance this dog through the system?" I told him that his next call would probably be to a hamster. 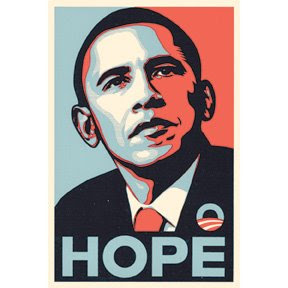 Reading:  Dewey:  The Small-Town Library Cat Who Touched the World by Vicki Myron

Posted by velocibadgergirl at 10:34 PM