The precious is lost

I was getting the kids ready for a pool party yesterday afternoon and set my wedding ring on Elliott's dresser while I put on his sunscreen. I let him run around in his room in his diaper while I went to put on Nico's sunscreen and mine, and it was quite a while before I remembered I'd left the ring where he could reach it. Of course when I went back it was gone. We were in a hurry, so despite my creeping sense of slightly forlorn dread, we left and I figured I'd look for it later. When we got home, I picked up all the toys and books on Elliott's floor and looked under all his furniture and found nothing. At this point I'm thinking he either swallowed the ring or dropped it down the air vent. Is it awful that I'm really hoping he swallowed it?

It's just a plain white gold man's wedding band - which I wanted because it matches MB's ring - so it would actually be really easy to replace. But of the three rings MB has given me, the wedding band is the one I'm most sentimental about, the one I'm most attached to. It's the symbolism, you know? This was the ring he put on my finger when we stood up in front of God and everybody and promised to love and honor until death do us part. And so begins Poo Watch 2014. According to a friend whose daughter swallowed a hair clip last month, if he did swallow it I should see it again around day three. So on Thursday in time for our tenth anniversary, perhaps? 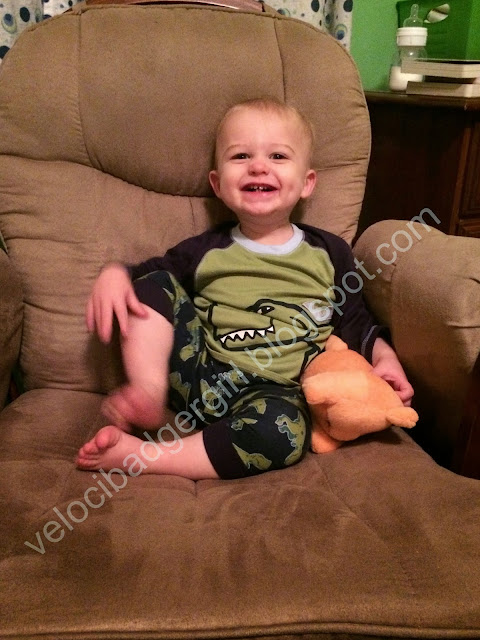