It's possible I'm the only one who cares at all about this, but since I think it's REALLY spiffy, I'm going to post about it anyway.

If you've looked up in the sky on a non-cloudy night lately, you've maybe noticed something sort of weird off to the Southeast. Before the stars are even all out, there's an insanely bright something up there. If you haven't seen it, look for it soon. It's really cool. It's so bright it doesn't look natural. I half convinced myself it was a plane the other night, and I knew what I was looking at, if that gives you a clue as to how unnaturally bright it is.

Anyhow, the crazy-bright thing is the planet Saturn, dudes! How cool is that? 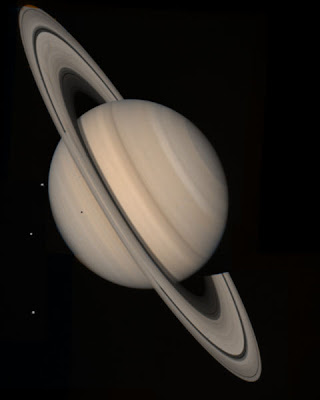 If you're all, "Sweet! Where the hell is it?" here's a handy dandy guide. First, find the constellation Orion in the South. It's this one: 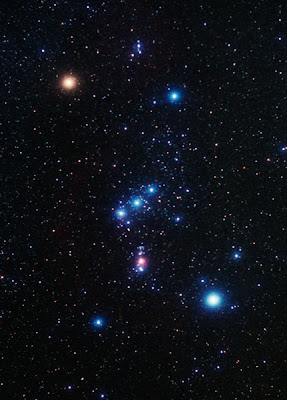 Imagine that the bottom two stars are a guy's feet. Look back behind his rear foot (to the left), and you'll see a really bright white star. That's the nose / heart of Canis Major, the big dog: 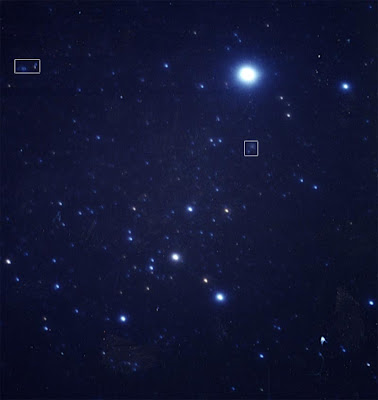 Then, look further left in a straight line across from the dog's nose, and you'll see Saturn. It's the very bright thing above the other bright star, as shown in this super artistic and entirely accurate diagram:

If you're lucky enough to have a good dark sky, you might be able to pick out the C shape of Leo's head behind Saturn (just think "C for Cat"). But even if you can't see Leo, you really can't miss Saturn.

I hope you guys can find it. I'm told if you can hold a pair of binoculars really steady, you can see the rings, but I tried it and couldn't see them.

Posted by velocibadgergirl at 11:54 PM