Instead of a present for my birthday this year, I told MB that I wanted to spend a day hiking at one of the coolest state parks I know of, which I haven't had a chance to visit since high school. I called the park office and verified that Indy would be allowed to go on the trails with us, as long as we kept him on a leash. We originally planned to go the weekend of my birthday, but the weather did not cooperate in the least. We tentatively rescheduled for the Saturday of Easter weekend, and I began obsessively checking the ten-day forecast on weather.com beginning around April 1st.

We slept a little later than I had hoped on Saturday, and I came to terms with the fact that just because you can make it out and back in a day to a park that is three hours away doesn't mean you should. Six hours round trip in a car for less than six hours of outdoors time doesn't really add up, you know? But the weather forecast was good and we'd been planning for weeks, so there was no way I was going to spend the day at home. Luckily, a quick google search reminded me that there is another very fine state park just under an hour to the east of us, another park that I haven't visited in years and MB has never seen. And so, we filled my backpack with peanut butter sandwiches and extra water, loaded the pooch into the car, and headed out.

We could not have picked a better day to go hiking. The weather was flawless, and the park was nearly deserted. We started with a 3 1/2 mile hike that ended with a loop around a small lake, and finished the day with a 1 1/2 mile loop around the park's larger lake. The trees weren't leafed out yet and the maples were covered in bunches of bright red seed pods, so the woods looked a bit autumnal, but the effect was tempered by the wildflowers and mayapples growing everywhere. Indy, as usual, was a complete champ. He hiked and hiked and never complained. While we were resting and eating our sandwiches, I realized that our trip marked the anniversary of Indy's last day as a shelter dog -- we adopted him on the second Sunday in April 2008. Definitely a day worth celebrating. 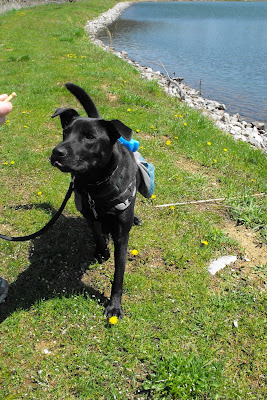 Hiking around the first (small) lake: 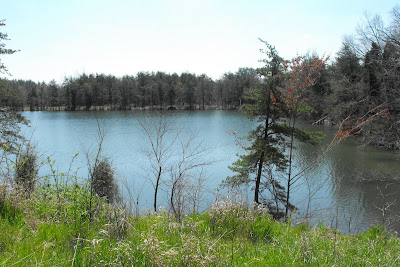 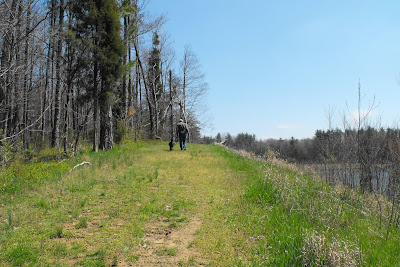 On the loop around the larger lake: 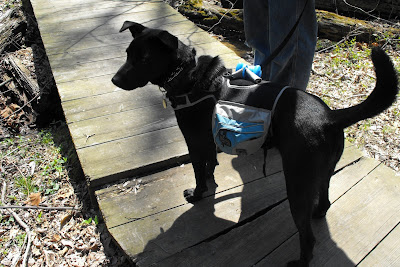 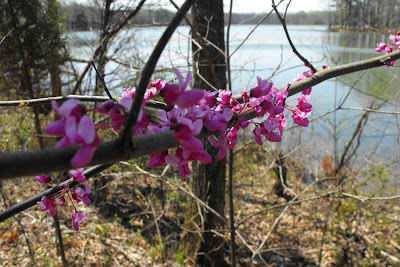 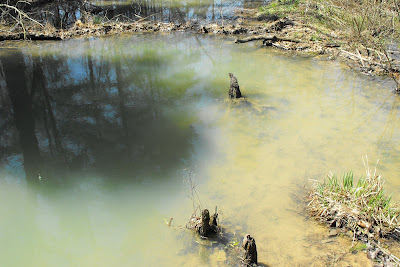 Small side trip to an old CCC fire tower: 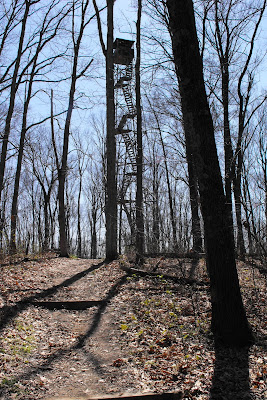 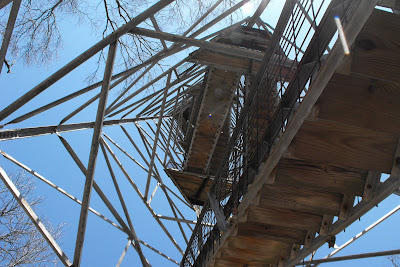 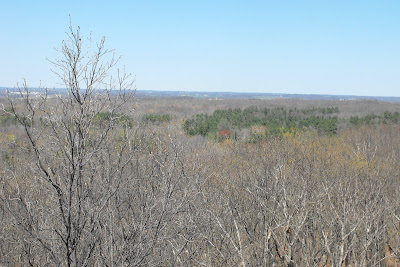 One last view of the lake, where one of the summer camps I went to as a kid brought us to swim: 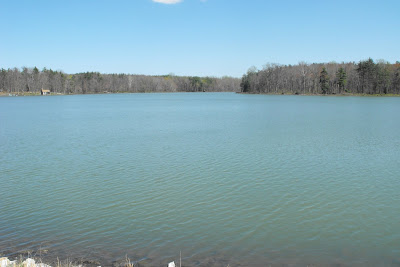 Have you ever seen a more tuckered-out dog? 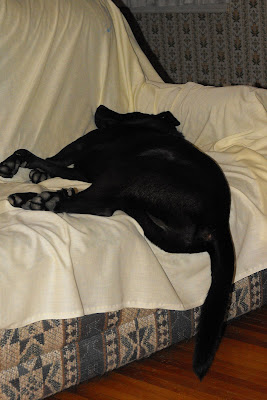 (There are a few more hike pictures on Flickr.)


Reading:  The Ghost in Love by Jonathan Carroll

Playing:  a little bit of everything

Posted by velocibadgergirl at 10:02 PM

Email ThisBlogThis!Share to TwitterShare to FacebookShare to Pinterest
Labels: adventures, MB, we named the dog Indiana