As of Thursday, Elliott is three, an age I both love and find immensely challenging. I probably don't have to go into why three is hard. Why everyone I know warns parents of younger children, "I know everyone says two is bad, but I'm really sorry...two's got nothing on three." (And not even in an assholey "just you wait!" kind of way; seriously in an "I'm so sorry this wasn't in the brochure" way.) Why I was invited this week to join a text message support-group of fellow Twitter moms with three-year-olds. Starting with a child who is already opinionated, stubborn, and really good at over-it side-eye, I suspect the next year will be an education. But three is also SO GREAT. It's the age at which I really feel they start to become little people in their own right. There's still a little bit of baby for nostalgia's sake, but mostly they are starting to express their own personality, their own quirks and gifts. Elliott has started to tell me about things he remembers; he knows how (and mostly when) to be funny on purpose; he's musical; he's physically coordinated; he kills at Wii bowling. As wistful as I am for the days of tiny snuggly babies, I'm eager to see where these boys will lead me as they grow and change.

I took the day off for Elliott's birthday, and we had lunch with Nico at school. Elliott could not believe his luck - eating lunch in a cafeteria booth with beloved Bruvver and his friends, plus running wild in the gym with 85 big kids during recess? Greatest day ever. We had his family party yesterday and it was so nice. E was excited about his cake, excited to play with his cousins, excited to open his presents. He got really great gifts, too...things that are cool and he'll use and play with plenty. Fun recommendations for a three-year-old who likes Space, trains, music, and playing outside (the interests I listed on his party invitation): a Moon in My Room, a really cool view master / telescope, binoculars, a bug viewing jar, a little battery-operated train, a Raffi CD, and his own ukulele. Nico just started ukulele lessons and when Elliott opened his he shouted "A ukuwewe!" and promptly used it to accompany an enthusiastic if off-key rendition of the ABCs. Day made. It really was a great day.

Today was a beautiful sunny 68 degrees, we had nothing on the calendar, and the house was still clean, so we spent the afternoon at the zoo and then went out for one of the most pleasant restaurant dinners we've had probably ever. If this is how the good days of three are going to be, then I can definitely weather the challenging days...it seems like a fair trade. 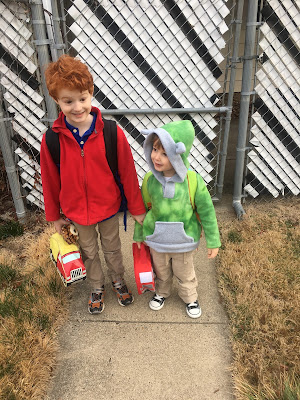 Elliott has started requesting his backpack and lunchbox in the morning, just like Nico. On this morning, once the backpack was on he announced "I'm a big boy!" and marched proudly out the door. In the car, Nico said something complimentary about Elliott being a big boy, and Elliott replied, "I'm not big. I took it off." So apparently the backpack is the key to bigness. 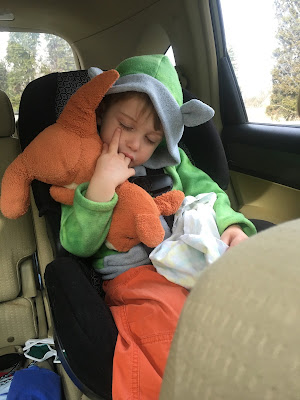 This photo was taken about thirty minutes after he threw an absolute barn-burner of tantrum over putting on that sweatshirt so we could go fetch Nico from school. Have mercy. On the bright side, I have discovered I can remain very calm while physically pinning a screaming, thrashing preschooler to my chest and installing him in a hoodie or coat. Also he still looks very sweet when he sleeps. 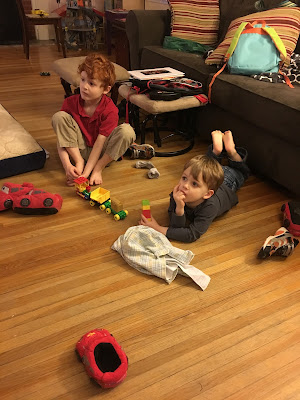 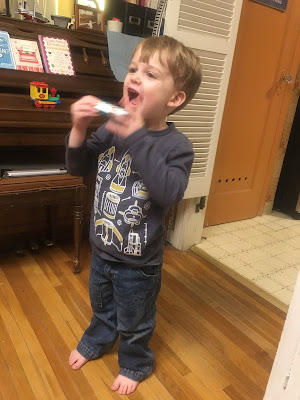 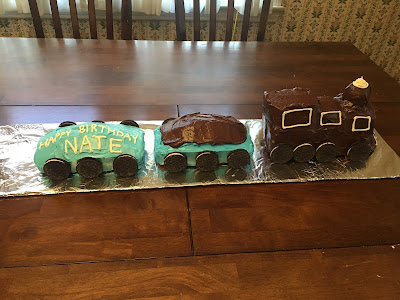 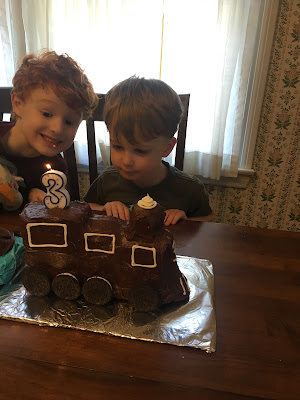 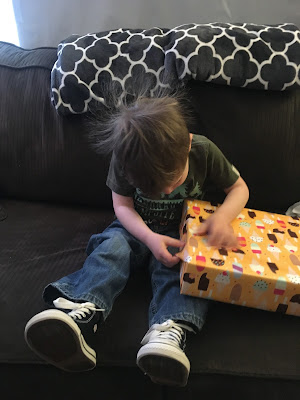 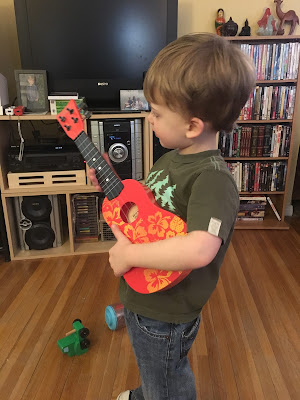 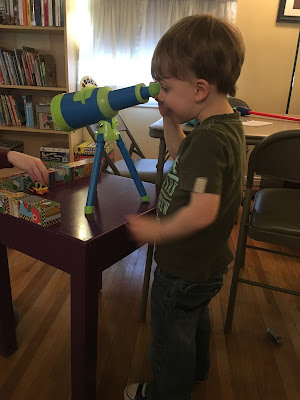 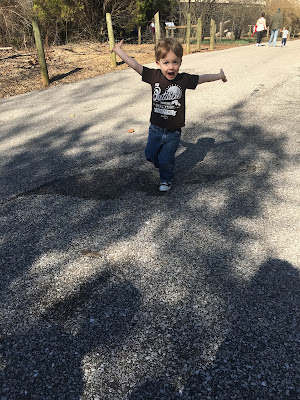 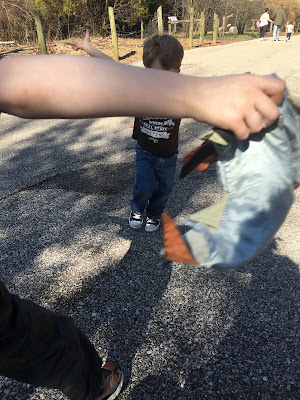 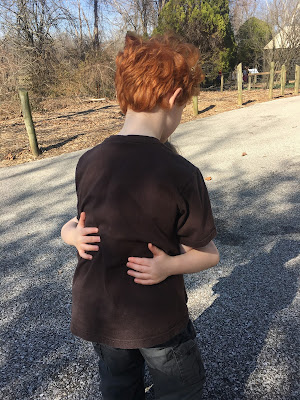 Reading:  To Kill a Mockingbird

Posted by velocibadgergirl at 11:32 PM