Over the past year or so, my life has become pretty calm and uneventful. After several years of nearly non-stop activity, it's been kind of nice, even if it does sort of make me feel like an old lady / homebody. Lately, though, the old ways have been back, and I've barely had any nights to sit on my butt in front of the TV and go to bed early. It's been pretty cool, even though I keep wondering why I haven't got around to reading emails or made more progress with my stack of library books. Or, you know, done any yoga since January farking 19th.

I thought I'd spend tonight sitting around doing not much of anything, but then an online conversation with my sister yesterday afternoon resulted in she and me and MB going out for dinner after she got out of class this evening, followed by a trip to the mall (sans MB). It was a lot of fun, and I scored some pretty sweet deals at Old Navy, which I predict will be my new favorite place to go and haunt the clearance section.

Since it's pretty clear now that I'll never get my hands on the green flower print shirt that I so covet, I consoled myself by buying a pink one: 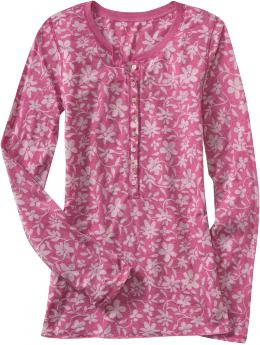 I got a few more shirts, a great pair of black cords (which I'm sure will be entirely covered with cat hair as soon as I get them out of the dryer), and what may be the cutest damn hat ever made (modeled by the smooshy tan bear who lives in our closet): 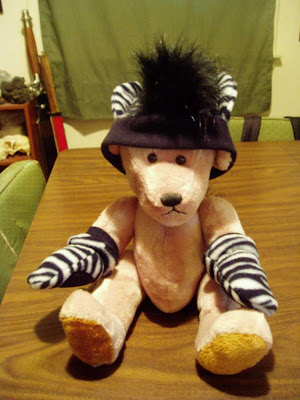 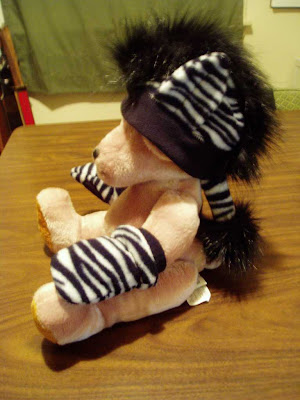 Because I'm an impossible dork, I bought two sets, one in toddler size and one in tee-niny size, so that theoretically one day MB and I will be able to put our two hoped-for spawn in matching semi-punk-rock zebra hats.

How cold is it?

Cold enough that Mr. Kitters--who loves to spend his evenings behind the curtains that hide the sliding door, watching for nocturnal wildlife to menace with his atomic glare--has resorted to desperate measures to escape the wicked draft. Tactics include snuggling on the couch and bogarting my side of the bed: 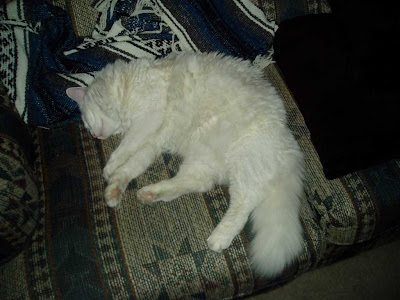 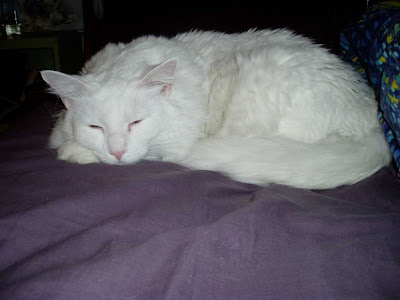 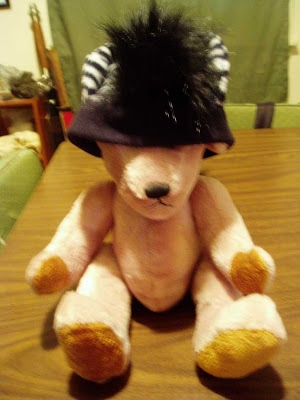 Closet bear says "Damn, it feels good to be a gangsta."

Posted by velocibadgergirl at 11:45 PM