2. Did you keep your new year’s resolutions, and will you make more for next year? As usual, I was pretty crap at following through on my resolutions. This year, I hope to exercise more, appreciate life, and strive to be a better person.

3. Did anyone close to you give birth? My honorary nephew Macduff was born in May. He is cuteness squared, in stripey socks: 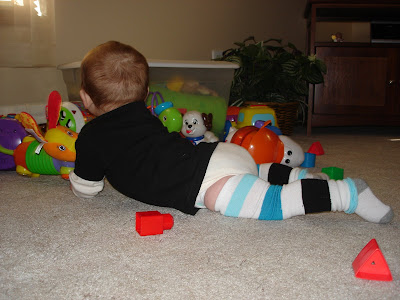 4. Did anyone close to you die? Luckily no human friends or family members were lost, but both my family's oldest dog and my childhood cat passed away this year. It was peaceful and time for each of them to move on, but I do miss the old girls.

5. What countries did you visit? I went to Alaska, so that means I have lots of foreign experience, right? I practically went to Russia, after all.

7. What dates from 2008 will remain etched upon your memory, and why? On January 13, we found out that our offer on the house had been accepted. Our closing was February 15, moving day February 16. On April 13, we adopted the best dog ever.

8. What was your biggest achievement of the year? I think I was really able to shine as far as the kind of programming I created and implemented at work. I also did some kickass event planning. Hopefully my bosses noticed.

9. What was your biggest failure? I think I need to work on my time-management skills.

10. Did you suffer illness or injury? Other than a disgusting bout of Zombie Death Flu on Christmas night, I remained mostly intact this year.

11. What was the best thing you bought? our house, for sure

12. Whose behavior merited celebration? MB has continued to prove that I made the right choice when I married him. Well played, my lover. Well played indeed.

13. Whose behavior made you appalled and depressed? A friend whom I once considered among the sweetest and most giving people I know reacted in a very ugly, selfish, and small way to an intricate surprise I put together for another friend. In the process, other friends were deeply hurt and I was made to feel like shit for doing something nice and for expressing one of the most core parts of my personality. I thought the hurt and disappointment would pass, but here I am, months later, still feeling that the memories of something that should have been one of the year's best experiences were spoiled. Our friendship may never be the same, sad to say. (Though maybe finally writing it out will help.)

15. What did you get really, really, really excited about? The big surprise I mentioned in #13, prior to the explosion of ugliness.

16. What song will always remind you of 2008? anything by the Decemberists

17. Compared to this time last year, are you: a) happier or sadder? b) thinner or fatter? c) richer or poorer? Happier, a bit fatter, and poorer.

18. What do you wish you’d done more of? I wish I'd made a little more time for reading this year.

19. What do you wish you’d done less of? procrastinated

20. How did you spend Christmas? We spent it with family and friends. 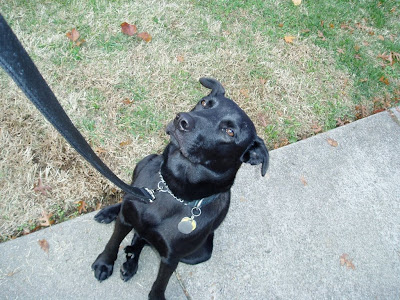 "Uh...aren't we supposed to be walking?
Not stopping for photos of leaves and flowers and me?" 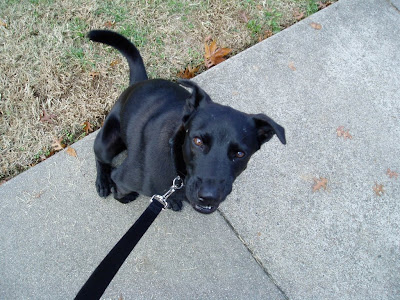 22. What was your favorite TV program? a tie between Project Runway and Burn Notice

23. Do you hate anyone now that you didn’t hate this time last year? No, still hate free!

24. What was the best book you read? There were several good ones this year but no massive standouts. I think the one I most want to read again is The World Without Us by Alan Weisman.

25. What was your greatest musical discovery? the Decemberists, thanks to Heather Feather

26. What did you want and get? a freaking great dog

28. What was your favorite film of this year? I barely went to the theater at all this year, but of the new films I did see, The Dark Knight was a definite standout.

29. What did you do on your birthday, and how old were you? If I recall, for my birthday this year I just had friends over to see the new house and eat ice cream cake. I turned 27 and posted my 500th blog post on my birthday. Hooray!

30. What one thing would have made your year immeasurably more satisfying? I guess it would've been nice to win the lottery and lose ten pounds. But overall, I'm pretty pleased.

31. How would you describe your personal fashion concept in 2008? My uniform of jeans and solid-colored shirts from Target served me very well.

32. What kept you sane? family, friends, music, time to write

33. Which celebrity/public figure did you fancy the most? Clive Owen

34. What political issue stirred you the most? the election of Barack Obama

35. Who did you miss? I miss my friends who don't live nearby.

36. Who was the best new person you met? I've known her for years online, but I finally got to meet my beloved kittyb in person, and she? Is teh awesome.

37. Tell us a valuable life lesson you learned in 2008. Be true to yourself, be honest, and be compassionate.

38. Quote a song lyric that sums up your year. You can't control the sea / She will always do as she pleases / It's her nature to be free


Happy New Year, everyone! Best wishes for what lies ahead!

Posted by velocibadgergirl at 9:41 PM

Email ThisBlogThis!Share to TwitterShare to FacebookShare to Pinterest
Labels: memes