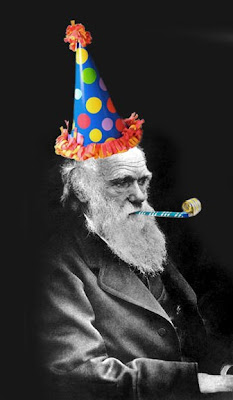 February 12 of this year marked Charles Darwin's 200th birthday, and the 150th anniversary of what is arguably the most important scientific work ever published, On the Origin of Species. As a professional science geek, much of my February was spent researching, talking about, thinking about, and formally celebrating the life and works of a guy who seems like he was above all a pretty cool dude. My background is not in biology, and there are dozens of bloggers who already wrote more eloquently and with more authority about Darwin and his work, so I won't get into the heavy stuff.

I would encourage everyone to track down a copy of this month's National Geographic and read the cover story about Darwin. Like the biggest project I helped with at work, the article focuses mainly on the man behind the myth, the guy who had no formal scientific training and yet went on to write books that are still accepted as accurate today on subjects as varied as botany, geology, the formation of coral reefs, the mechanisms of orchid fertilization, and the ways in which worms turn vegetation into soil. And of course there's that whole natural selection thing. You know, only the foundation of all modern biology.


Happy birthday, Darwin. The day a reliable time machine is invented, I am coming back there to buy you a beer. 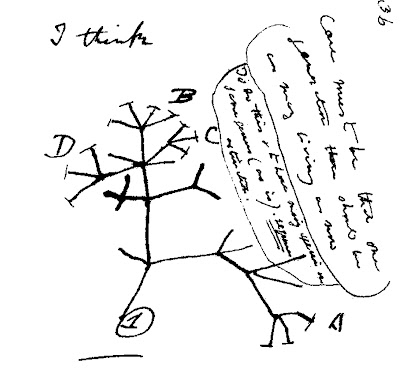 (Many thanks to evilducky for the festive Darwin photo.)

* Did everybody else add this verse to the end of the happy birthday song, or was that just us?

Posted by velocibadgergirl at 11:51 PM