For some reason the changeover to the new year feels more weighty and important this year than it has in the past. Maybe I'm putting too much thought into it, but it feels like I'm moving toward big changes. We're almost certainly done having babies, so there's the transition from what has seemed like a holding pattern into moving forward with our complete family assembled. In the fall my first baby will start Kindergarten and my second will probably start preschool, so that's pretty huge. We are discussing a serious and major step to reduce our debt, which may turn out to be a game changer. In general I feel antsy and poised to shake things up. Or maybe it's just that I saw something on facebook this morning pointing out that 2030 is now just as far away as 2000. Let that one soak in for a moment.

1. What did you do in 2014 that you’d never done before? I officially became a supervisor of other employees - previously I had only managed volunteers. It's been a learning experience, to be sure.

2. Did you keep your new year’s resolutions, and will you make more for next year? 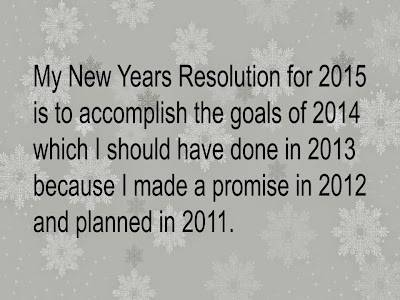 3. Did anyone close to you give birth? Three close friends had babies this year and while I find their babies delicious, they don't infect me with baby fever as I feared they would.

4. Did anyone close to you die?  Luckily no.

6. Any memorable dates or events from 2014? We had a great trip to Memphis with the boys at the end of May, as well as lots of smaller adventures that I really enjoyed.

7. What was your biggest achievement of the year?  Doing very well at work, I think. As much as I sometimes regret the time spent away from my boys, I appreciate very much this second chance at a fulfilling and rewarding job. I also end the year feeling mostly like I'm acing this motherhood thing. (Though currently my beloved second-born is ransacking his room instead of taking a nap while I hide downstairs and blog, so...perhaps there's room for improvement.) I'm also proud that I was able to nurse Elliott to 14 months, though it's bittersweet because I wanted to continue much longer than that. I still have regrets about not pushing to get his lip tie diagnosed and fixed early enough to make a difference in our nursing relationship.

8. What was your biggest failure? I let a lot of small things slide that in the big picture probably don't matter, but which would have improved my day-to-day existence if I'd stuck with them a little better. I'm disappointed in myself for not being more diligent about keeping up with the boys' monthly letters / journal posts, and really hope to get back on track in the coming year.

9. Did anyone suffer illness or injury? Nico spent three nights in the hospital in January with what turned out to be a bad asthma flareup.

10. What was the best thing you bought? I think MB got the iPad this year. If so, that probably wins.

11. Where did most of your money go? mortgage, the damn credit cards

12. What did you get really excited about? As much as I miss having a little baby in the house, having two little kids has been so amazing. I am truly giddy sometimes when I think about all the great things we will be able to do with our kids.

13. What was your favorite TV program? Supernatural

14. What were your favorite books of the year? Ship Breaker by Paolo Bacigalupi, The Girl With All the Gifts by M.R. Carey, Ask the Passengers by A.S. King

15. What was your favorite music from this year? I made a road trip mix that I really liked for a while. I also spent a lot of time listening to the CDs from Elliott's first semester of Kindermusik, which he loved.

16. What were your favorite films of the year? I think the only new movie we watched this entire year was Captain America: the Winter Soldier. We liked it very much.

17. What did you do on your birthday? A look at the calendar shows that my birthday fell on the second Thursday of March this year, so I suspect that I took the day off work to volunteer in Nico's preschool class.

18. What one thing would have made your year immeasurably more satisfying? It would've been nice to have had more of our debt paid down.

20. One word to describe this year. Full

Posted by velocibadgergirl at 5:23 PM