1. What did you do in 2015 that you’d never done before? I started a Navigators troop for Nico and 16 other kids in September. It was slightly terrifying, but I'm so glad I did it. We have had such a blast, and I've heard great reports from the parents about how much the kids are loving it. I also went to my first internet meetup, the Halfway Hoopla, and it was so much fun.

2. Did you keep your new year’s resolutions, and will you make more for next year?  I didn't make any official resolutions, but intended to do a better job keeping up with the boys' monthly letters and photos. I failed miserably at this, and really would like to get back to it in 2016.

3. Did anyone close to you give birth? No, but my best friend since we were five is due with her first baby in May and I am so very excited!

5. What would you like to have in 2016 that you lacked in 2015? Me time and the motivation to use it wisely. A well-organized personal life / planner. Bras that fit correctly. A Roomba.

6. Any memorable dates or events from 2015? In April, we took the kids on an impromptu trip to Mammoth Cave National Park. In August, Nico started Kindergarten and went on a grownup waterslide for the first time by himself at a friend's birthday party. In September, Elliott started preschool. We had two nearly stress-free camping trips with the kids.

7. What was your biggest achievement of the year?  I created a homeschool program at work that grew from one class of 30 kids per month to three classes of 30 kids per month. For 2016 we are adding a fourth class. I also got our garden overhauled after years of intending to do it and not getting around to it. I'm not even going to pretend to be modest about this one - I worked my ass off.

8. What was your biggest failure? I wasted a whack ton of time dicking around on my phone. I have no objection to using a smart phone to relax / entertain oneself / kill time, but this was too often just mindless cycling through facebook, twitter, my email, and my feed reader, even after I'd exhausted all the content that was new / interesting. I should've used that time to blog or write letters or read books or exercise.

9. Did anyone suffer illness or injury? Nico fell on my mother-in-law's headboard over Thanksgiving weekend, and we really thought his nose was broken. We debated taking him to the ER but decided against it, which I'm glad in retrospect since it wasn't broken, just very swollen.

10. What was the best thing you bought? new sleeping bags

11. Where did most of your money go? paying down debt, which still isn't very paid-down

12. What did you get really excited about? Going on adventures with the kids. We had a great year of hiking and playdates and splash park visits and creek stomping and weekend trips.

13. What do you wish you'd done more of this year? I wish we'd gone on more real hikes to more state parks. I wish I'd read more books. I wish I'd blogged more.

14. What do you wish you'd done less of this year? less mindless screen time

15. What was your favorite TV program? still Supernatural

16. What were your favorite books of the year? Glory O'Brien's History of the Future by A.S. King, The Shepherd's Crown by Terry Pratchett

17. What was your favorite music from this year? probably these two songs:


18. What were your favorite films of the year? Jurassic World, no contest

19. What did you do on your birthday? I have no recollection of my actual birthday this year, which was on a Friday. Somewhere around then I had friends over to play games, and Danger made me a carrot cake.

20. What one thing would have made your year immeasurably more satisfying? This is shallow, but I wish I'd lost weight.

21. What was the best day-to-day thing you learned? I found out that I can listen to audiobooks in the car without being too distracted, so I have listened to eight of them since October. (I also learned that I spend a lot more time in the car than I previously realized.)

22. Tell us a valuable life lesson from 2015. If my gut is telling me it's a bad idea to friend someone on facebook, my gut is probably right. 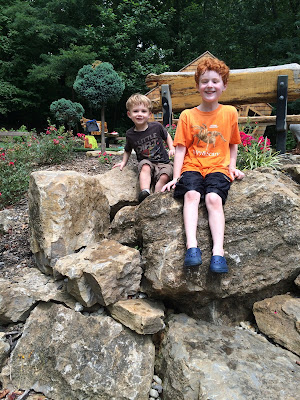 24. One word to describe this year: Full 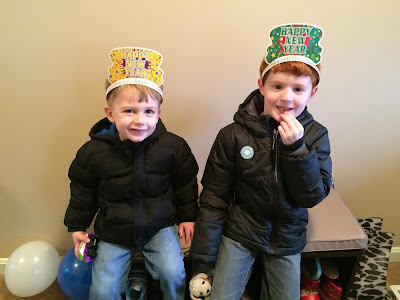 Posted by velocibadgergirl at 6:28 PM